The New Age of Monopoly

This is an upsetting event to all of us here at United…
I apologize for having to re-accommodate these customers.

After refusing to give up his properly assigned airplane seat to an off-duty United Continental employee, Dr. David Dao was assaulted by O’Hare Airport security personnel this spring.  Dr. Dao was subsequently pulled from his seat, thrown violently against an arm rest, and then dragged off the plane, much to the horror of the other passengers. 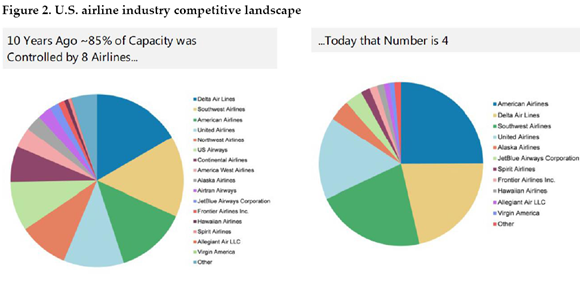 We surmise that the answer to our question is related to the U.S. airline industry having become somewhat of an oligopoly; the airline carriers, for the most part, do not depend on customer service to maintain market share.  Today, just four airlines (United Continental, American, Delta, and Southwest) control over 85% of U.S. domestic routes, but that statistic underestimates the extent of industry concentration when it comes to airline carriers.  Beyond the overall industry concentration that now exists across the country, consumers often have only one carrier option in many airports.

United Continental management likely believed that the incident with Dr. Dao would have a limited, if any, effect on the company’s market share and earnings, which is probably why CEO Munoz’s immediate response reflected a tin ear towards public concerns.  Similarly, as demonstrated by the muted stock price reaction, investors also believed that any repercussions from this assault would have a minimal impact on United Continental’s market share or earnings.

As a company that operates in an oligopolistic industry, United Continental’s management knows that it can more easily generate earnings growth by taking advantage of its considerable market power; that might mean spending less on customer service, raising prices on uncompetitive routes, coordinating with other airlines on routes and airports to minimize competition, and/or leaning on regulators to allow for further industry consolidation over time.  As a result, these actions have allowed the airlines to generate record profits today, despite levels of customer service which have arguably never been worse.

The seemingly inexorable trend towards corporate consolidation has been a multi-decade trend which goes far beyond just the airline industry.  As a result of 35+ years of M&A activity essentially unchecked by antitrust enforcement, corporate concentration has increased in virtually every industry, including wireless telecom services, cable television, hospitals, pharmaceuticals, medical insurance, and many others.  The biggest banks, now commonly known as “too-big-to-fail,” are orders of magnitude larger than they were prior to the financial crisis due to increased consolidation, and the unchecked political power of the banking industry has become an increasing worry for voters, liberal and conservative alike.

Even relatively nascent industries such as online search, online retail, and social media have become enormously concentrated — all of these categories are virtual monopolies today due to considerable network effects which have been made worse by unchecked M&A activity.  Beyond its core service, Facebook now owns WhatsApp, Instagram, and Oculus through acquisition; similarly, Google acquired Android, YouTube, Waze, and DoubleClick.  Even Amazon is using M&A to expand its market power; the company recently acquired Whole Foods, a company which represented approximately 50% of the market for natural groceries.  Whole Foods, in turn, enjoys its leading market share as a result of buying out Wild Oats, Fresh Fields, and other competing natural grocery chains over the past two decades.

The U.S. economy has been in this place before.  The late 19th century was also known as the “Gilded Age” because monopolies were blossoming at that time much like they are today.  The Gilded Age term was coined by Mark Twain to describe a period where everything looked shiny on the surface but was corrupt underneath.  Back then, railroads, steel, and oil were the major monopolies.  Like today, the late 19th century was a period of incredible technological innovation, rapid economic growth, and increasing wealth inequality.  Also, like today, the social instability caused by towering corporate concentration led to a rise in populism; William Jennings Bryant ran a very competitive election race for President in 1896 and in 1900 by attacking “moneyed interests” and American imperialism.

To limit the political power and destructive economic impact of corporate monopolies, the U.S. Congress passed the Sherman Antitrust Act of 1890.  According to the Supreme Court, the purpose of the Sherman Act “…is to protect the public from the failure of the market.  The law directs itself not against conduct which is competitive, even severely so, but against conduct which unfairly tends to destroy competition itself.”[1]  In 1911, the Supreme Court relied on this law to break up Standard Oil, which enjoyed ~90% market share in the oil and gas industry at the time. 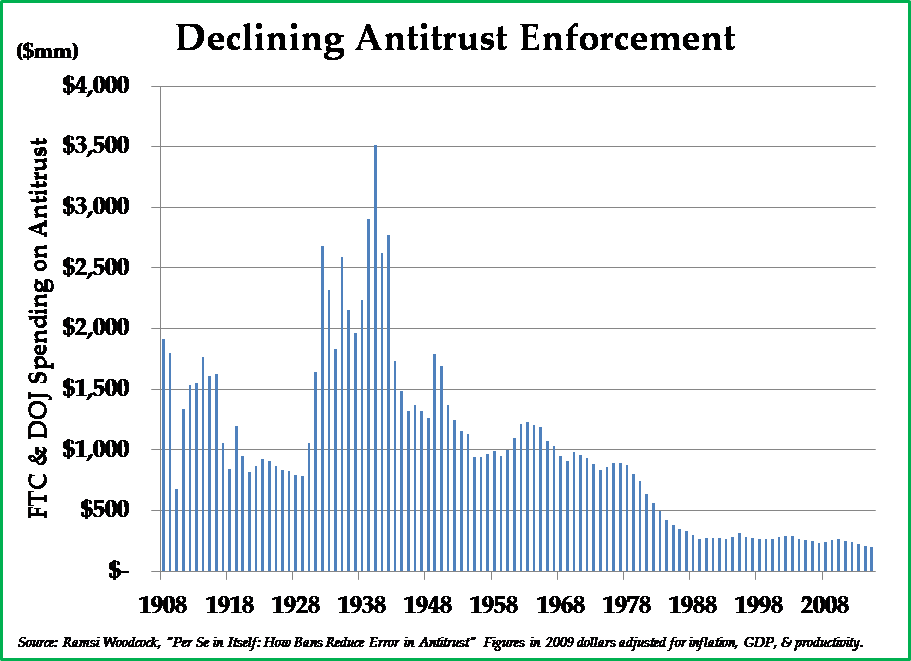 However, during the past 35 years, antitrust has become a low priority for every Presidential administration, Republican and Democratalike.  Antitrust enforcement declined precipitously after the last major anti-monopoly enforcement case that was prosecuted successfully against AT&T in 1982.  The chart set forth to the right illustrates how the importance of antitrust enforcement to policymakers has evolved over the span of the past hundred years.  Since the 1980s, antitrust simply has not been a priority for policymakers.

Weighing the Benefits & Costs of Corporate Concentration
Many would argue that strong antitrust enforcement could be bad for the economy.  Certainly that has been the view of the U.S. Federal Trade Commission for the past few decades.  We would suggest that one’s view of corporate concentration probably depends in large part on the eye of the beholder: 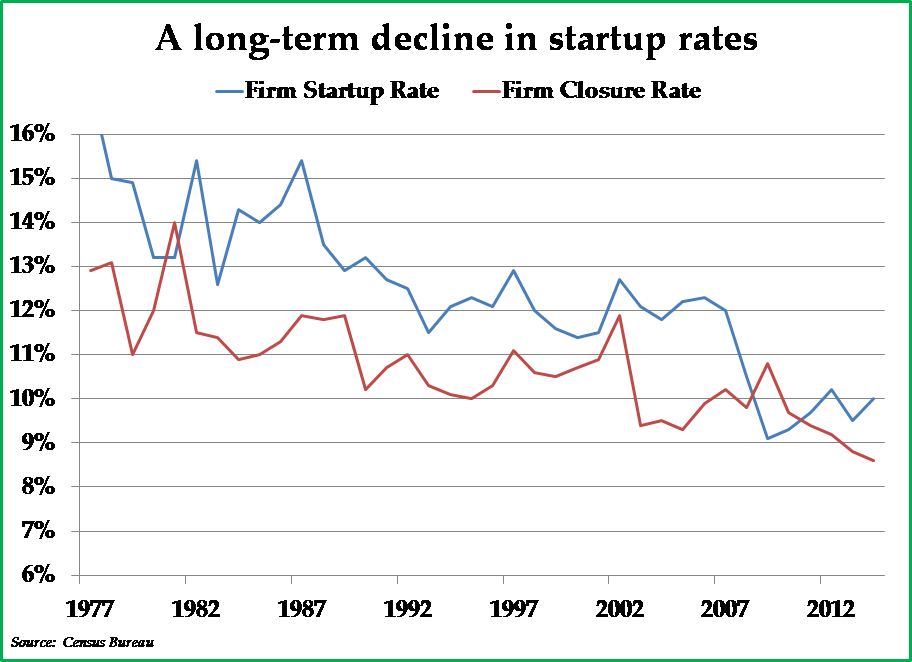 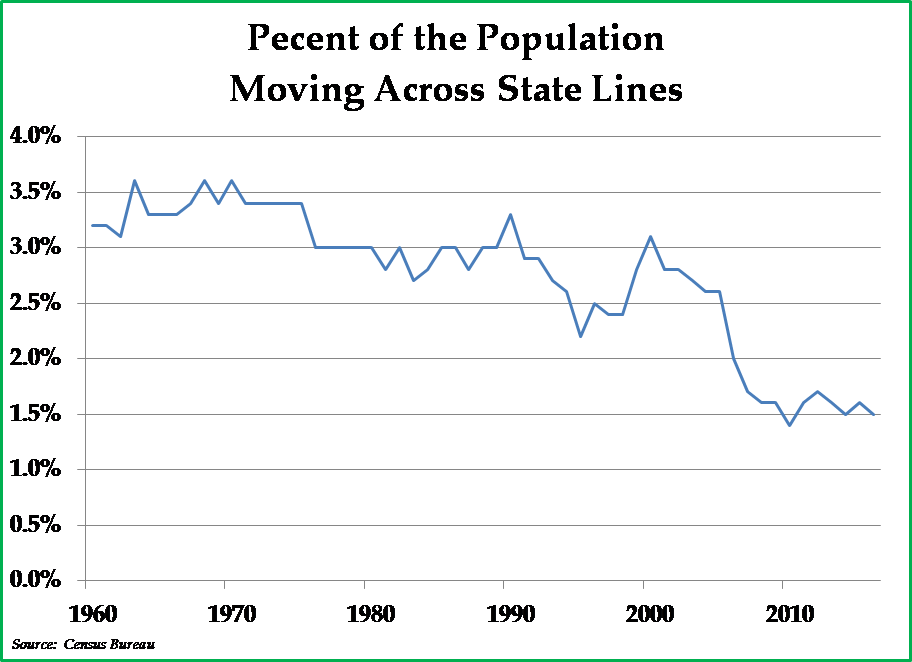 When Does the Tide Turn?

However, history is cyclical, just like markets.  For 40 years, the FTC and the Department of Justice have generally taken a do-nothing approach towards corporate consolidation and anti-competitive behavior.  Since the 1980s, the pendulum has been swinging in favor of corporate concentration.  Eventually, as the political, economic, and social effects of increased corporate concentration become increasingly apparent to dissatisfied voters, a political backlash should become inevitable sometime in the intermediate period ahead.

Relatedly, populism has already increased materially in recent years, just as it did in the late 19th Century, on both the left and on the right; due in part to the economic harm caused by corporate concentration, an increasing number of politicians on both sides of the aisle are beginning to call for greater antitrust enforcement.  As recently as this past December, Orrin Hatch, the senior Republican Senator from Utah, joined Democratic colleagues Elizabeth Warren and Bernie Sanders in an unusual bipartisan warning against the growing power of monopolistic companies, saying, “We no sooner trust concentrated private power than concentrated public power to dictate the direction of our economy.”

Thus far, antitrust speeches have not yet translated into any significant antitrust enforcement actions.  The Trump administration, despite its self-described populist leanings, seems disinclined to pursue antitrust actions vigorously.  Meanwhile, companies which enjoy monopolistic profits, such as Google, Facebook, and Comcast, continue to spend vigorously on lobbyists and monopoly-friendly economic studies.

That being said, we do expect U.S. antitrust enforcement to increase in the coming years, resulting in more limited power for monopolists and reduced barriers to entry for competitors.  We do not know exactly when the tide will turn, and it likely will not occur during the current presidential administration.

As demonstrated in the chart below, U.S. corporate profit margins have steadily increased due to declining interest rates, flat wages for workers, and increasing corporate concentration.  Corporate profit margins, much like history, tend to be cyclical and mean reverting, and the fat profit margins of U.S. companies are one excellent reason to be less bullish of the investment returns that the U.S. equity market will likely generate over the next five to ten years.

In addition, we have been diversifying our equity holdings in recent years to increase Appleseed’s allocation to foreign stocks.  Ironically, profit margins are lower overseas due in part to stricter antitrust enforcement, exemplified by the record antitrust fine of $2.8 billion charged to Google by the European Commission (EC).  Google got caught red-handed by the EC for scraping ratings and comments from Yelp and TripAdvisor in an anti-competitive and abusive manner.  Due in part to a more rigorous antitrust environment overseas, we are increasingly attracted to foreign companies and U.S. companies with significant foreign operations whose profit margins generally reflect a more rigorous antitrust enforcement environment.

While this has nothing whatsoever to do with investing, we want to provide the fantastic news that one of our valued colleagues, Matt Blume, competed in the Berlin Marathon in September with a time of 2:18:54; this personal record allowed Matt to qualify for the U.S. Olympic trials.  We are beyond thrilled for Matt, and we are proud of him too.  For those of you who might not know Matt, he has been commuting with his legs for years in his quest to make the Olympic trials; this is a life-long dream come true for him.  Congratulations, Matt!

We very much appreciate having your trust to manage your investments, and we similarly are deeply appreciative of your investment patience, which is such a critical factor in generating attractive long-term returns.

If you have any questions about this letter or any of our investment strategies, please do not hesitate to contact Colin Rennich, Appleseed Capital’s Director of Sales.  His email address is [email protected].

Thank you again for your continued support and your trust in our ability to manage your investments.

Appleseed Capital is the impact investing arm of Pekin Singer Strauss Asset Management.  The views and opinions expressed in this material are those of the authors. While we believe we have a reasonable basis for our appraisals and we have confidence in our opinions, actual results may differ materially from those we anticipate. These opinions are current as of the date of this letter but are subject to change.  There is no guarantee that any forecasts or opinions in this material will be realized. Information should not be construed as investment advice nor be considered a recommendation to buy, sell or hold any particular security. This is not an offer to buy or sell, nor a solicitation of an offer to buy or sell an interest in any fund, security, or other financial instrument. Any investment in the strategy is speculative and involves a high degree of risk. Investors could lose their entire investment. An investor must be able to bear the risks involved and must meet suitability requirements relating to such investment.