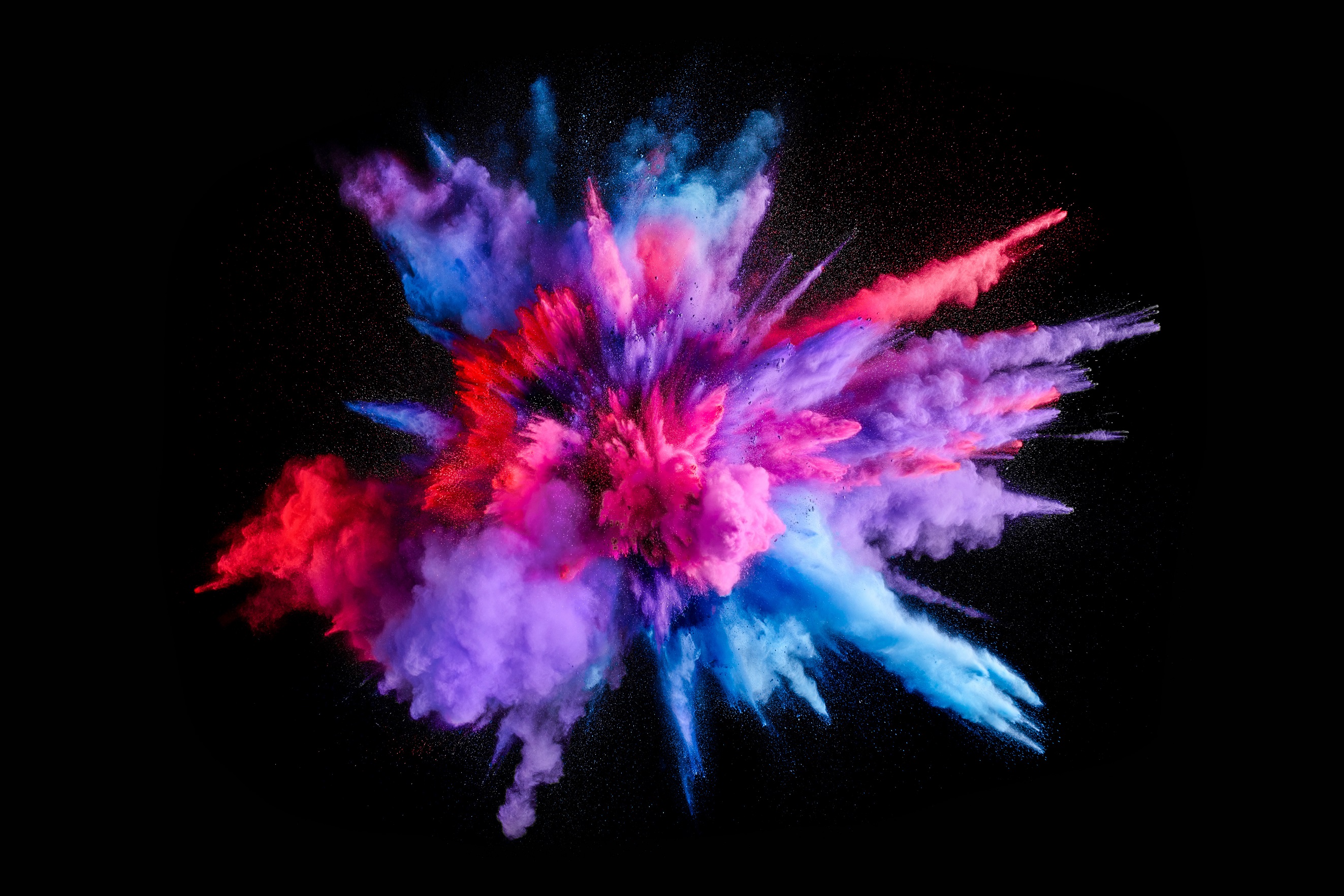 I was dreamin’ when I wrote this, forgive me if it goes astray.
But when I woke up this mornin’, could’ve sworn it was judgment day.
The sky was all purple; there were people runnin’ everywhere.
Tryin’ to run from the destruction, you know I didn’t even care.
Say say two thousand zero zero party over, oops, out of time.
So tonight I’m gonna party like it’s 1999…

Prince captured the zeitgeist of the late 1990s in his classic pop hit, ”1999,” although he wrote the song during the early 1980s.  As the year 2000 approached, fears of a looming apocalyptic event increased, even while investors on Wall Street seemingly lost their minds with bullishness and greedy optimism.  During that period, the S&P 500 Index, the Dow Jones Industrial Average, and the Nasdaq Composite Index all hit new all-time highs, buttressed by the euphoria of the unlimited possibilities of the Internet, the easy money policies of the Federal Reserve, and the illusion that the most expensive stock market ever accurately reflected the strongest economic fundamentals ever. 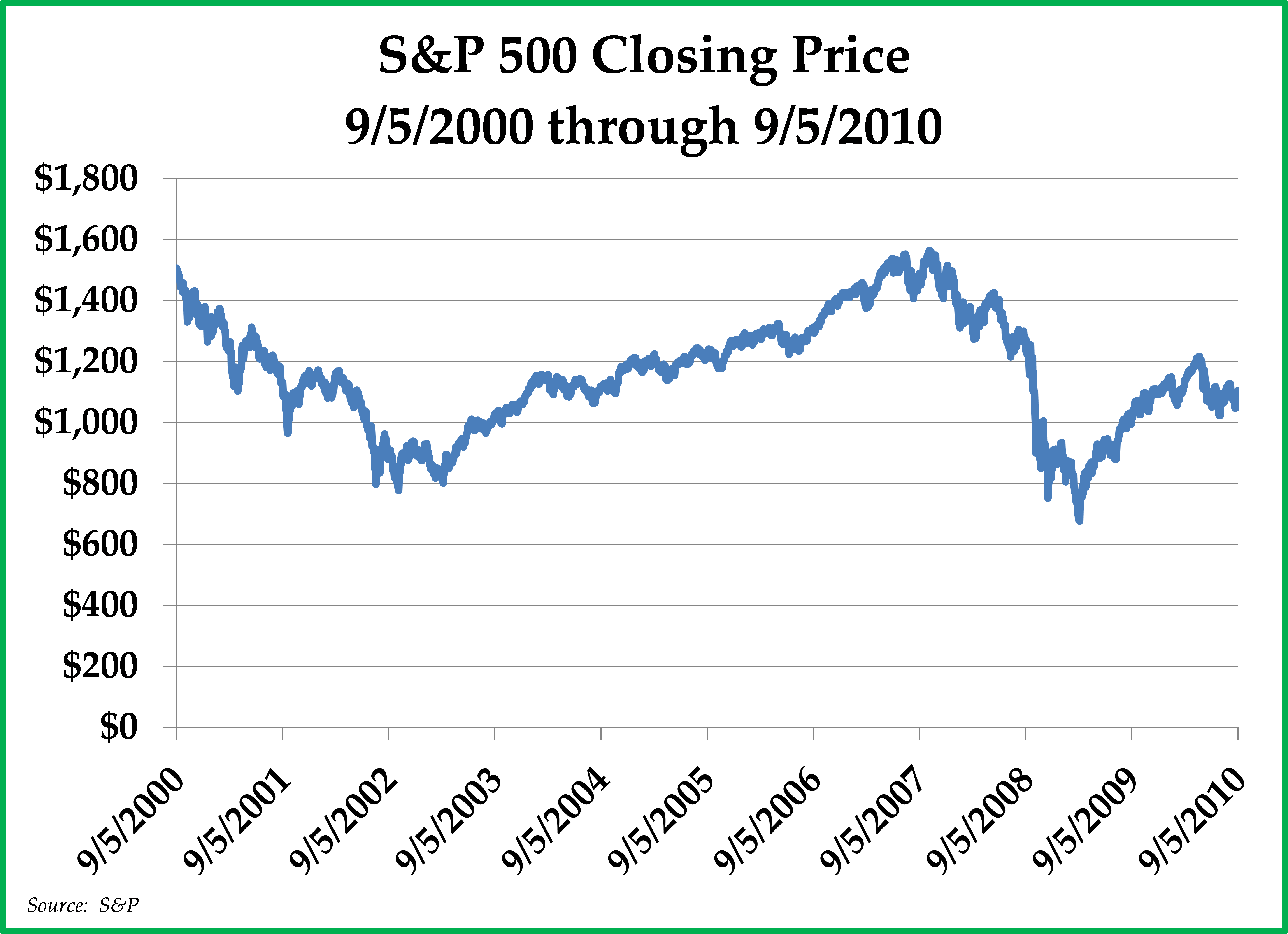 The contrarian position in 1999 turned out to be correct on two counts.  With the beginning of the new millennium, the feared apocalypse failed to materialize, and the historic bull market of the 1990s finally came to an end.  Investors were reminded once again that reversion to the mean is a powerful force in the financial markets and that ”this time“ is not different; after its peak on September 5th, 2000, the S&P 500 Index went on to generate a negative 1.3% per annum total return during the subsequent decade (see chart to the left).

Today, investors often ask us whether the current bull market in stocks is soon coming to an end.  We obviously have no crystal ball with which to answer this question, but analyzing historical precedents can often provide useful insights.  As Mark Twain once said, “history doesn’t repeat itself, but it often rhymes.”  We can identify important similarities between the current market environment and that of the late 1990s.

However, we would also point out several equally important fundamental differences that exist between 1999 and 2018.  As we try to mitigate risk and also take advantage of attractive opportunities for Appleseed Fund’s investment portfolio, we believe that it is important to synthesize both the similarities and the differences in forming an investment outlook that optimizes the tradeoffs between investment risk and return. 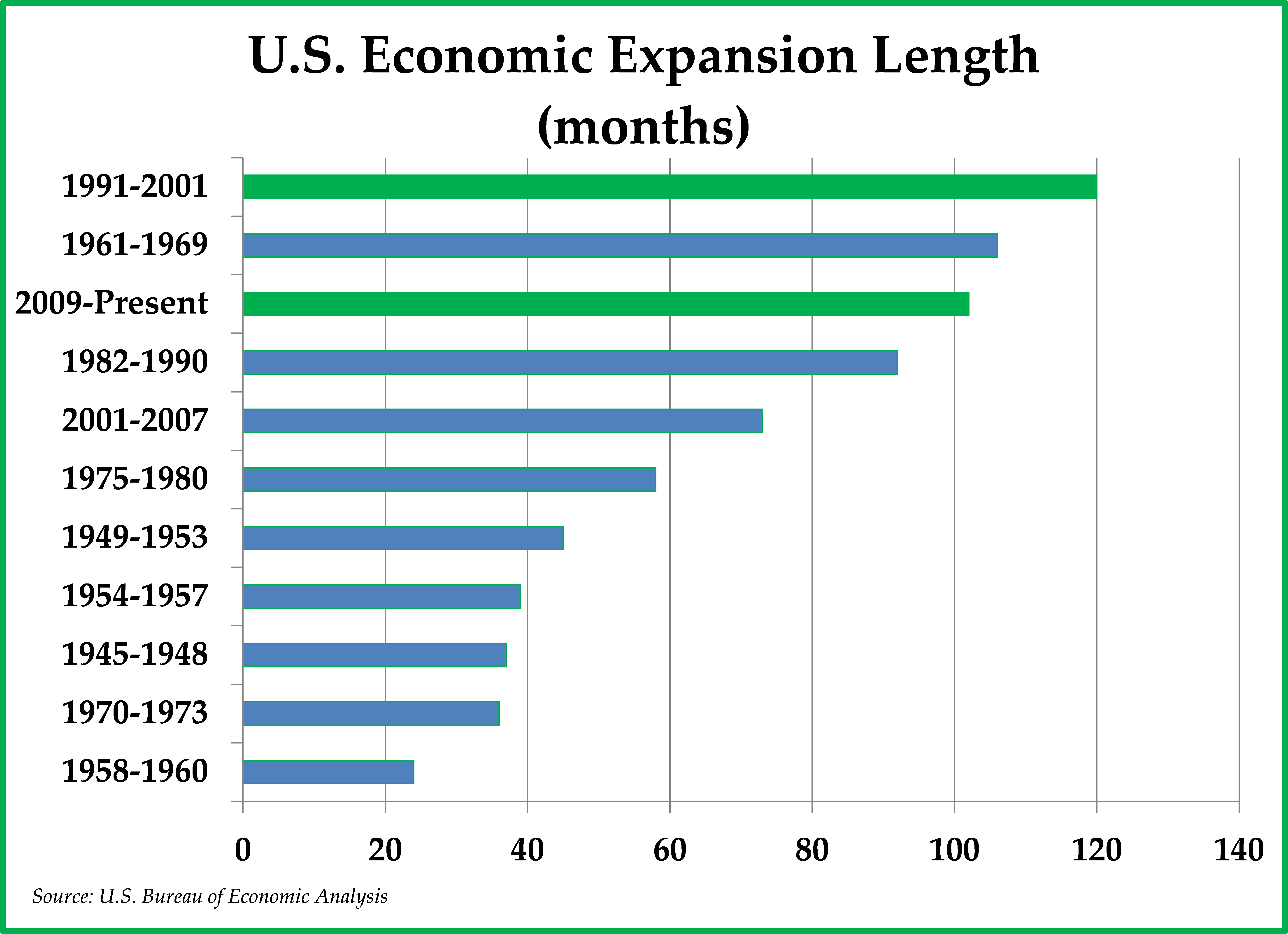 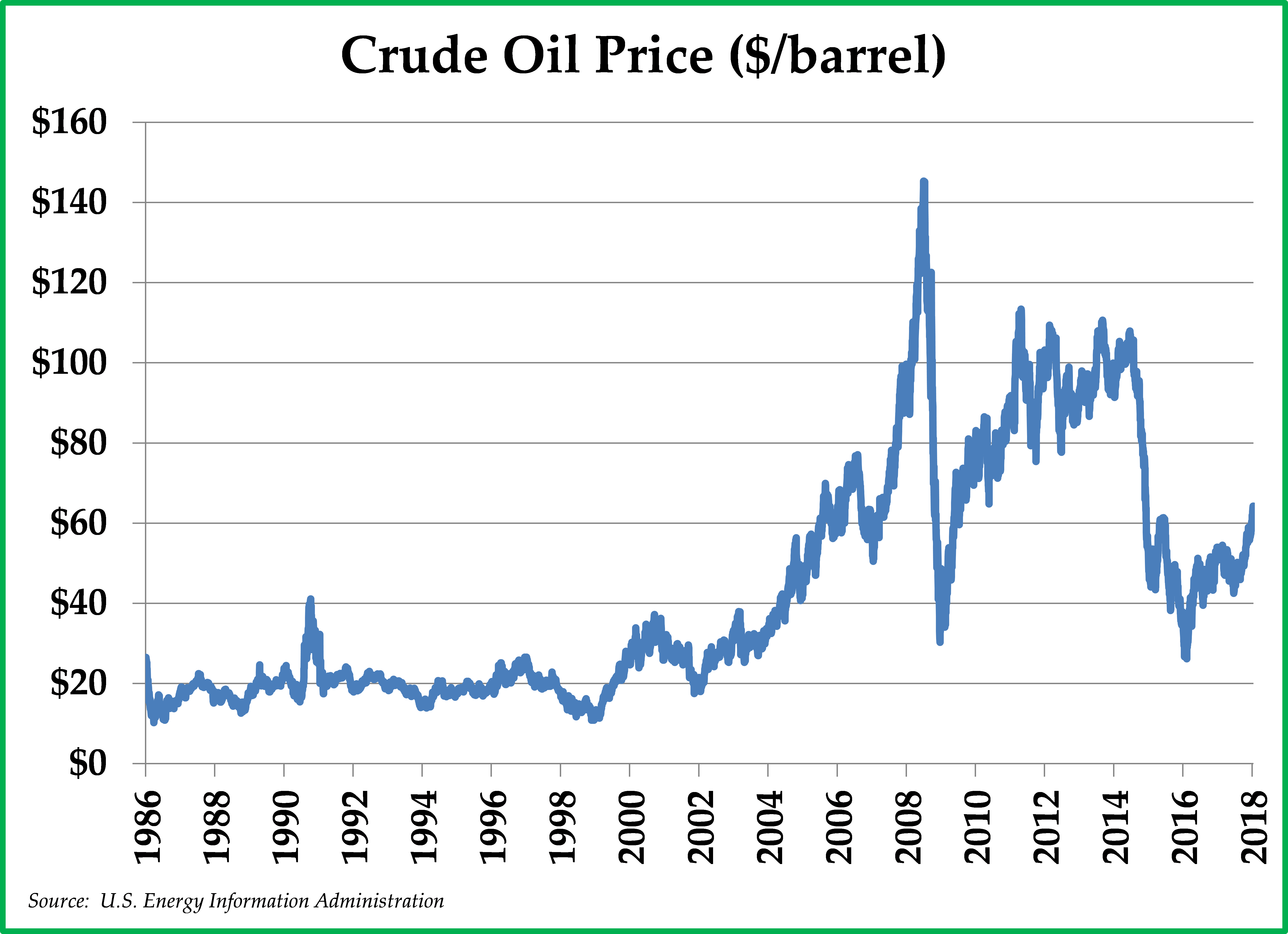 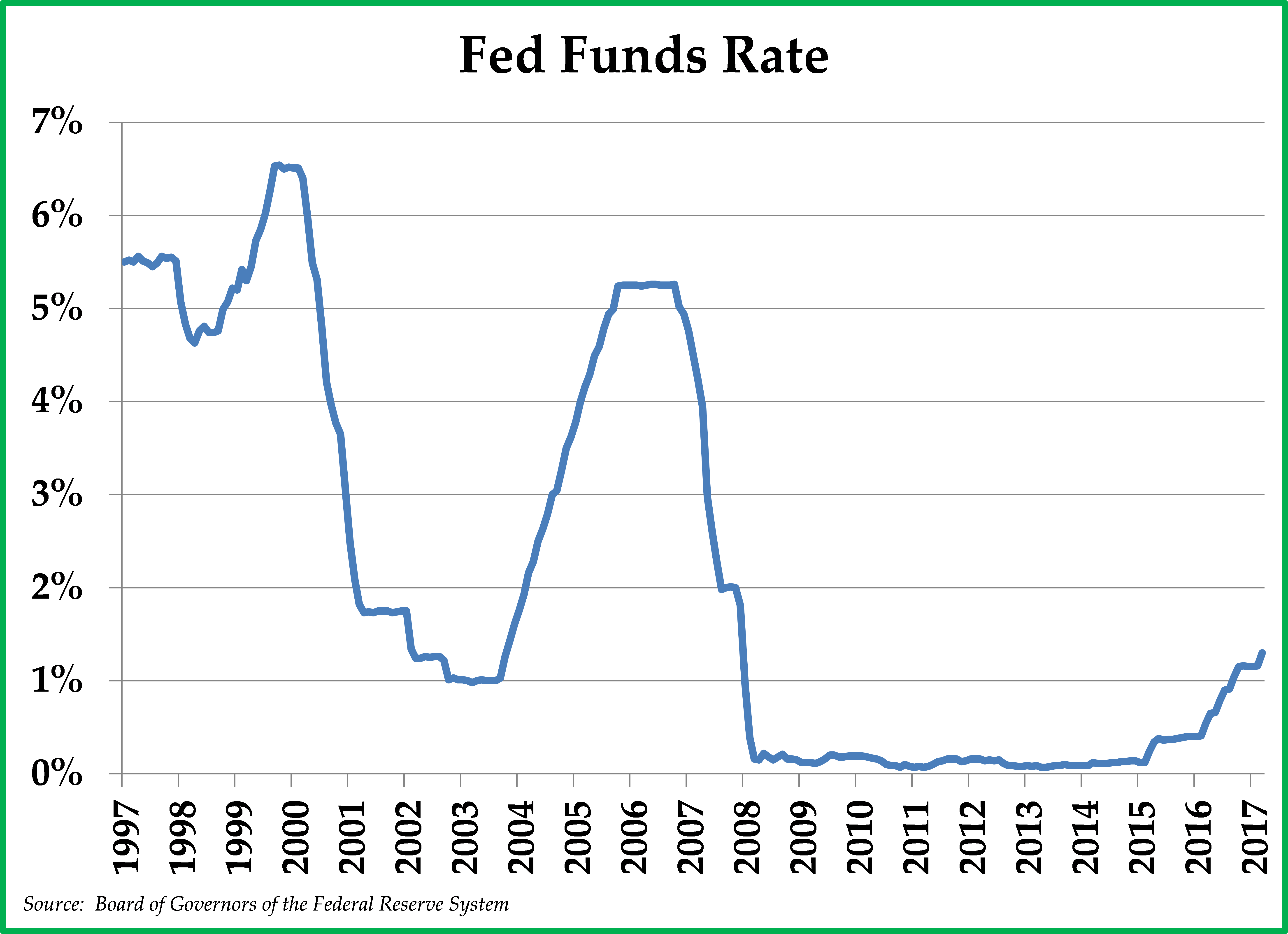 1999 vs. 2018: The Differences
While the similarities between 1999 and the present era are remarkable, the differences are equally if not more remarkable, with the more important differences defined by the weakened financial position of the United States.

In the late 1990s, the United States boasted the strongest economy in the world with little to challenge the dollar’s multi-decade status as the world’s reserve currency.  Gold was trading at less than $300/ounce and, more importantly, few U.S. investors even paid attention to the gold price.  For that matter, few U.S. investors paid attention to the long-term threat that China represented to U.S. economic hegemony.  Today, the deteriorating political climate is quite a bit more worrisome. 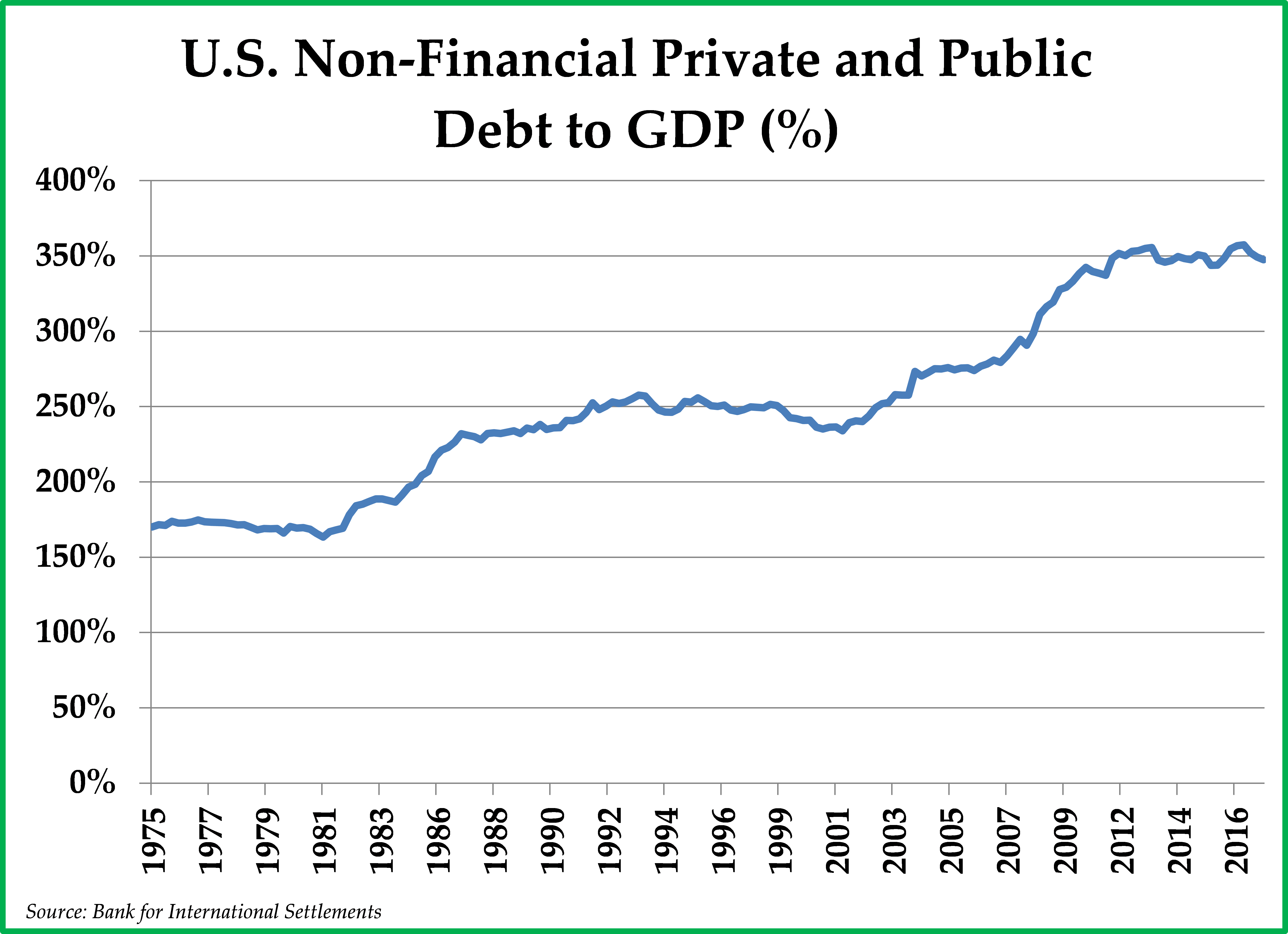 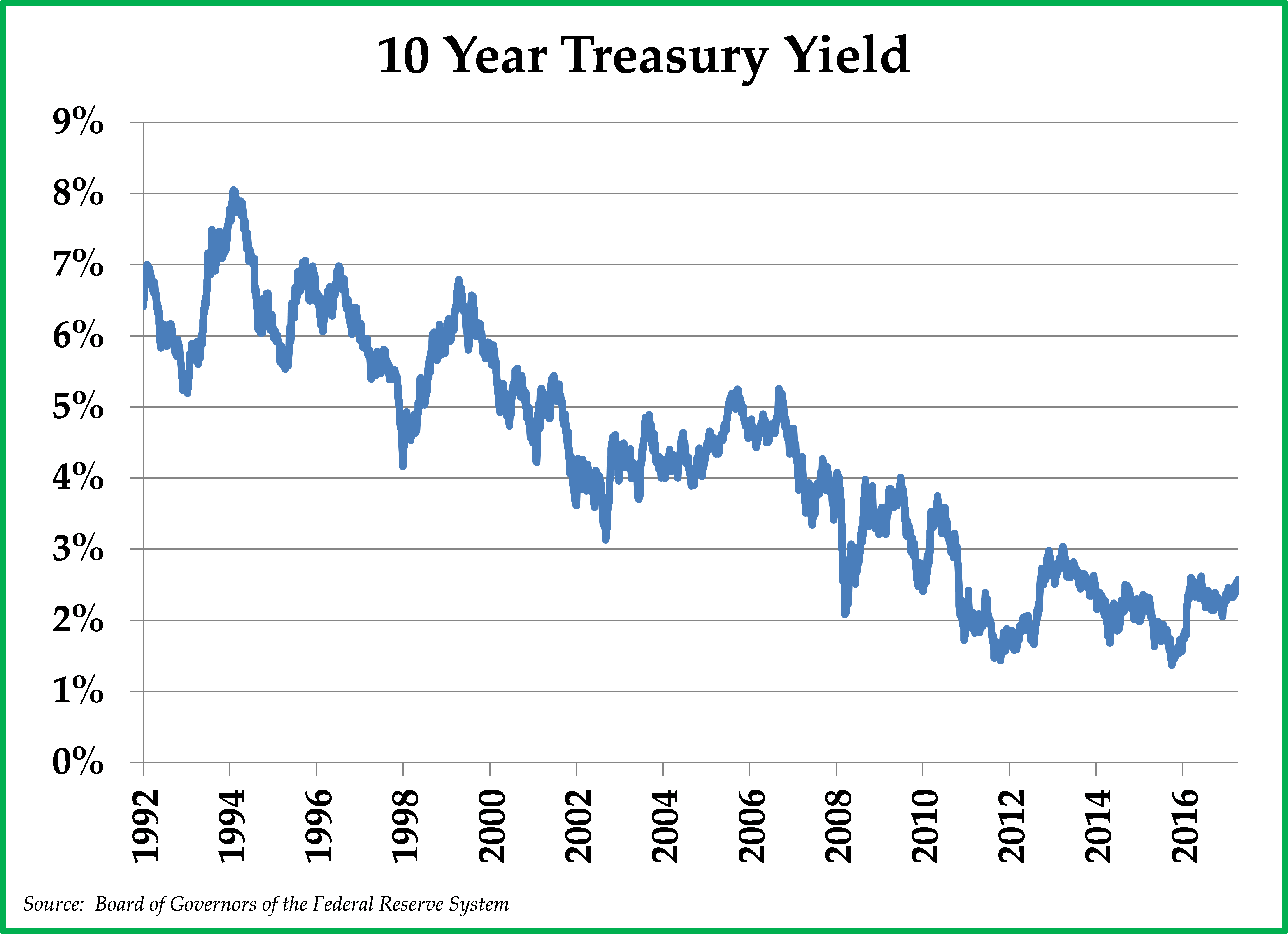 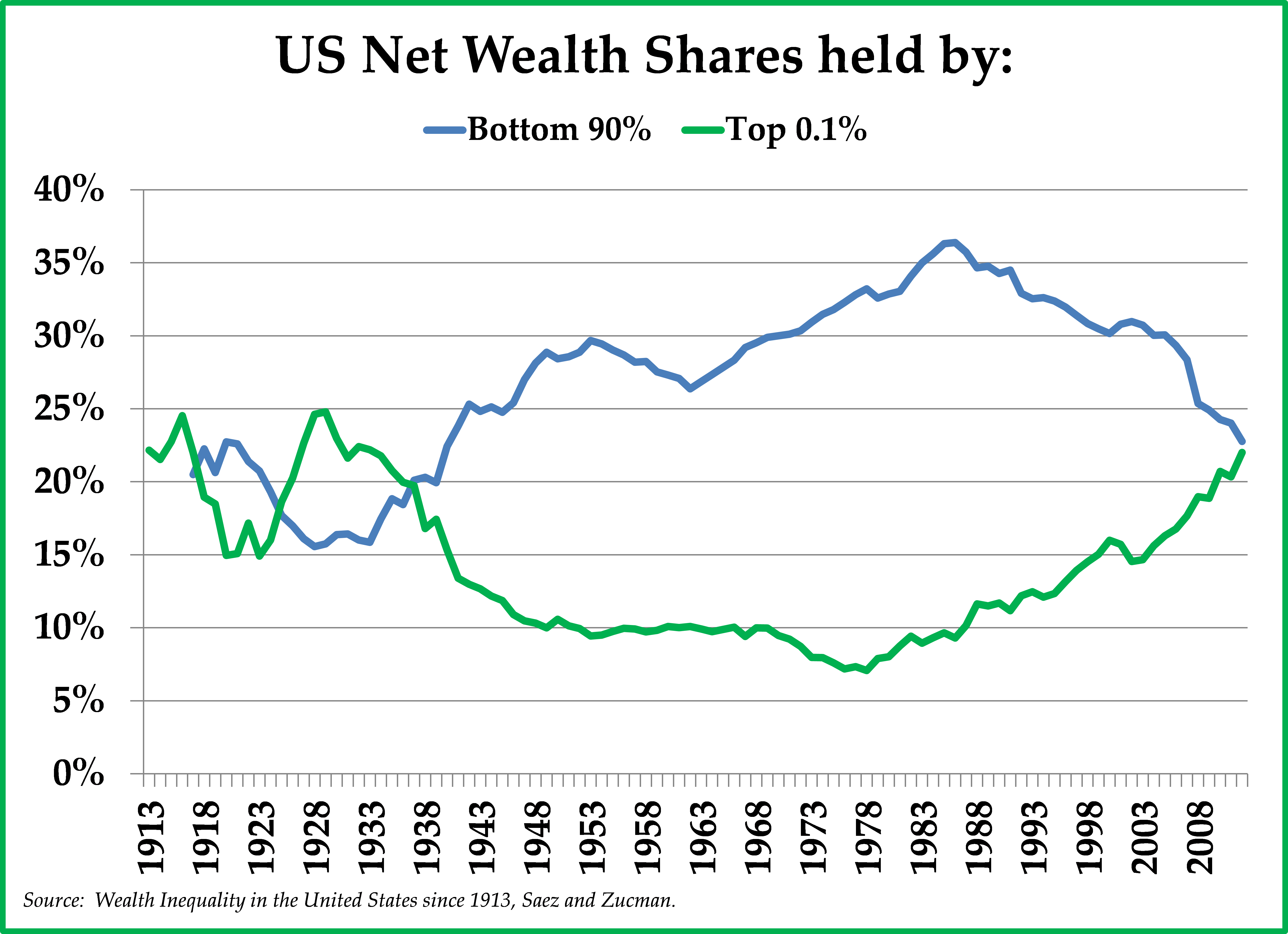 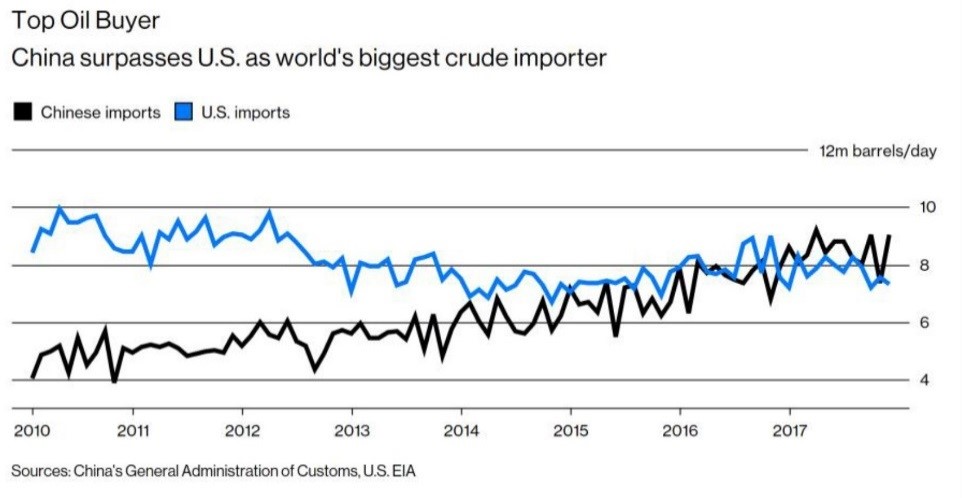 China’s economic and military power has increased dramatically during the past 30 years and especially since the current millennium began.  Rem arkably, China has recently surpassed the United States to become the top oil importer in the world (see chart above).  As a result of China’s newly found economic strength and its increasing role in the world’s oil markets, the U.S. dollar’s firm grip as the world’s reserve currency has been loosening.  A growing number of countries such as Russia, Iran, Angola, and Pakistan are forming agreements to transact with China in Chinese Renminbi rather than in U.S. dollars.  This trend, should it continue, could materially reduce the foreign exchange reserves that foreign countries are currently holding in the form of U.S. Treasuries, resulting in dollar depreciation and, in all likelihood, higher interest rates. 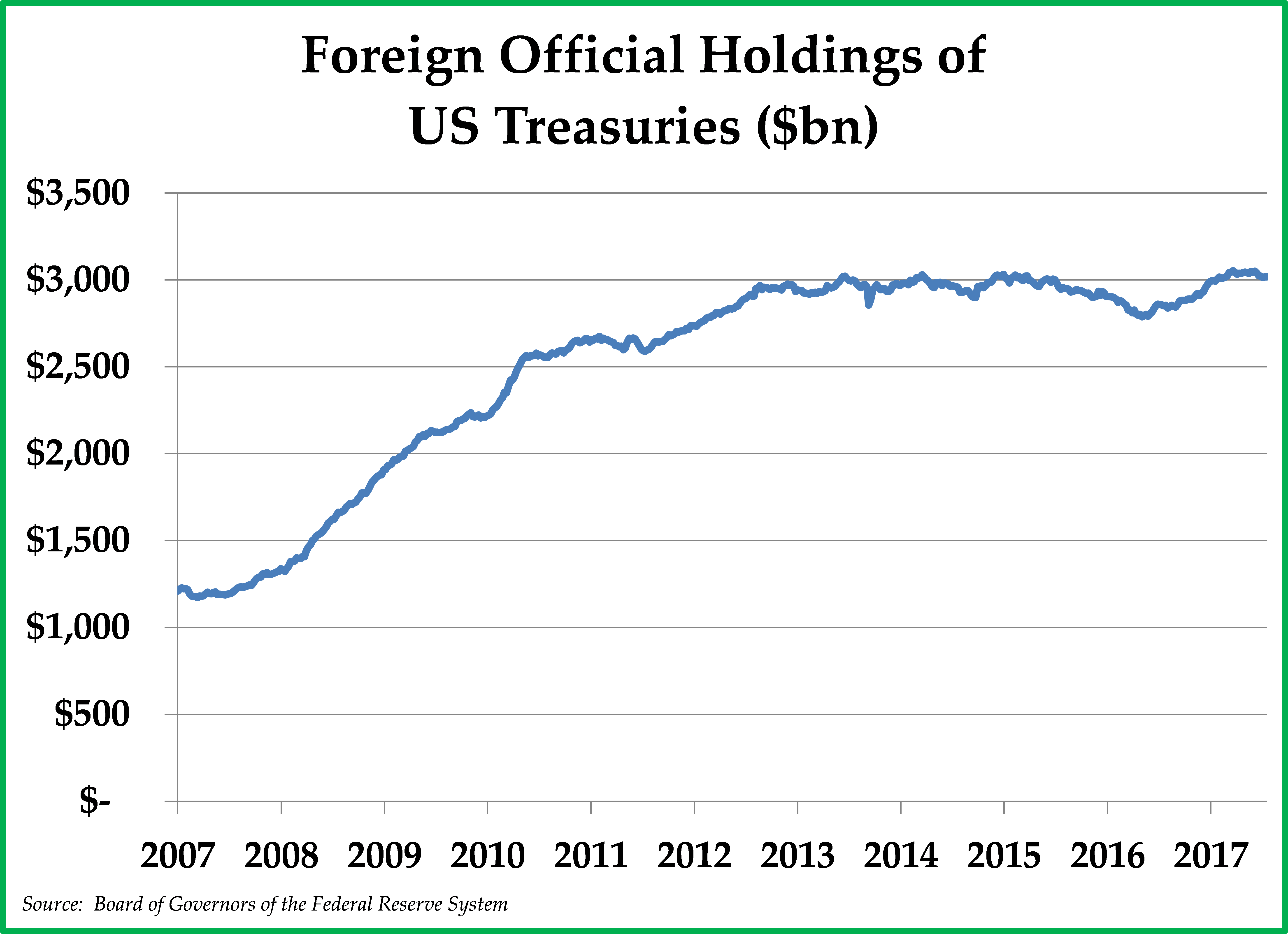 These differences are important, in our view, because they show the weakened economic power of the United States relative to the rest of the world and particularly with respect to China.

1999 vs. 2018: Insights
Considering both the similarities and the differences, we draw several insights from the comparison of the current period relative to 1999.  We purposefully form these insights as a long-term view which spans the coming decade rather than a short-term view spanning a few months or even a couple of years.

However, it would be unwise to just focus on valuation.  While markets are once again remarkably overvalued, the political and geopolitical environment could not be more different from what it was in 1999.  There were plenty of places for investors to hide in 1999, including cash, U.S. Treasuries, and value stocks.  Today, by design, it is comparatively more difficult for investors to find a place to hide.

Other insights include the following: 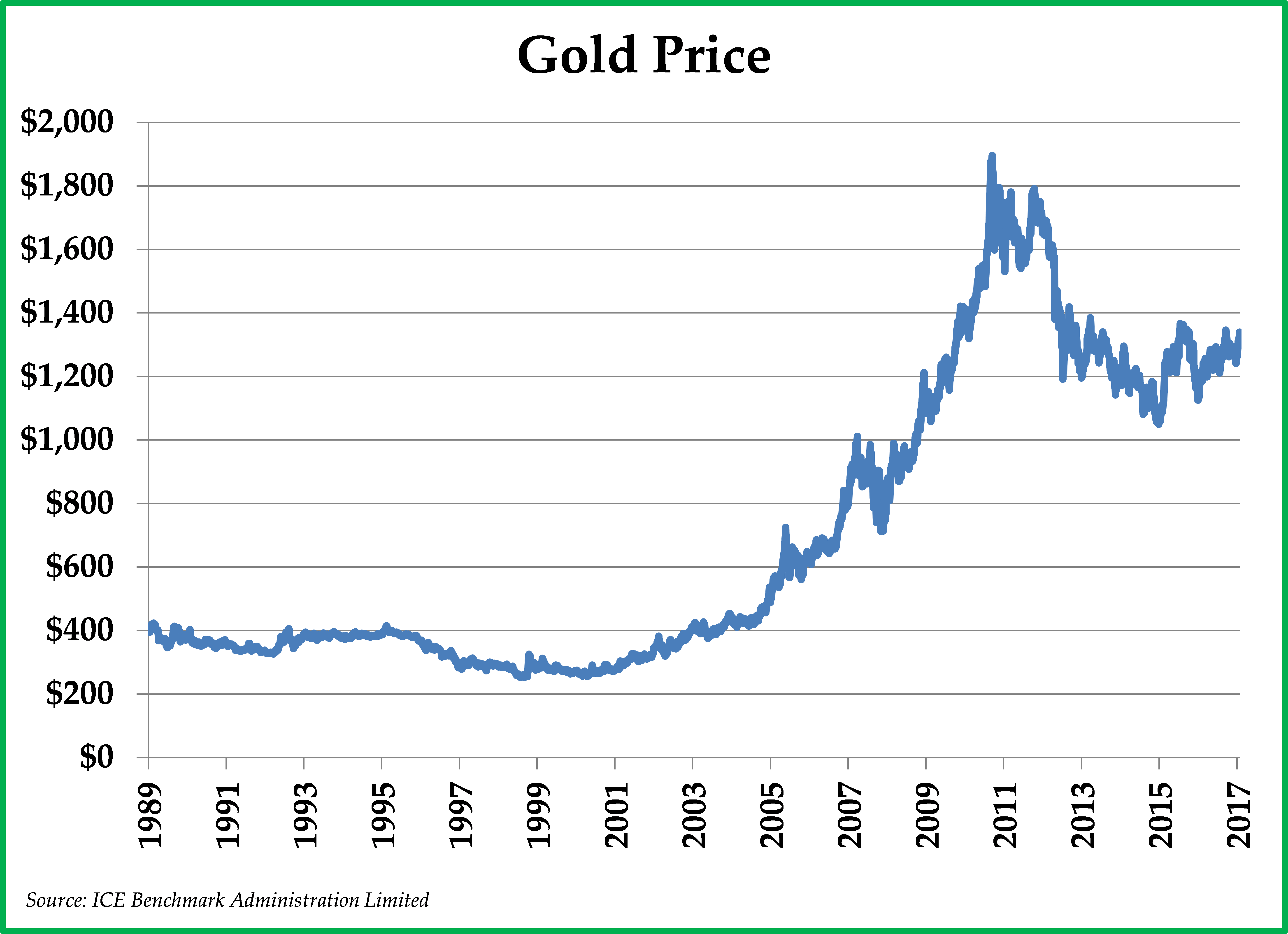 As the U.S. stock market has become increasingly expensive, and as U.S. fundamentals have increasingly worsened, we have continued to maintain an overweight in foreign stocks, gold, and companies whose earnings should benefit from a weaker dollar.

We wish you and your families a happy, healthy, and prosperous 2018.  We deeply appreciate your trust in asking us to manage your capital and plan your financial future.

Should you have any follow up questions, please do not hesitate to contact Colin Rennich ([email protected]).

Appleseed Capital is the impact investing arm of Pekin Singer Strauss Asset Management. The views and opinions expressed in this material are those of the authors. While we believe we have a reasonable basis for our appraisals and we have confidence in our opinions, actual results may differ materially from those we anticipate. These opinions are current as of the date of this letter but are subject to change. There is no guarantee that any forecasts or opinions in this material will be realized. Information should not be construed as investment advice nor be considered a recommendation to buy, sell or hold any particular security. This is not an offer to buy or sell, nor a solicitation of an offer to buy or sell an interest in any fund, security, or other financial instrument. Any investment in the strategy is speculative and involves a high degree of risk. Investors could lose their entire investment. An investor must be able to bear the risks involved and must meet suitability requirements relating to such investment.