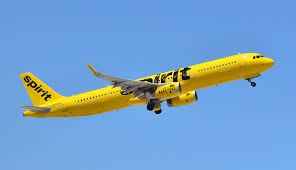 Veterans of the finance industry like to joke that the first question on the Chartered Financial Analyst (CFA) Level I exam asks if there is ever a good time to buy an airline stock. Anyone who answers, “Yes,” automatically fails the exam.

In that same vein, the Oracle of Omaha himself, Mr. Warren Buffett, once stated, “Indeed, if a farsighted capitalist had been present at Kitty Hawk, he would have done his successors a huge favor by shooting Orville down.”

Clearly these are not ringing endorsements of the airline industry from an investment perspective. To be fair, an examination of the historical profitability of the industry would yield few arguments to the contrary. However, the airline industry has undergone fundamental changes in the past five to seven years that have made it far more interesting to investors (including Mr. Buffett, it seems).

Further, I believe that one airline in particular, Spirit Airlines (SAVE), is especially well-positioned to generate attractive returns for investors going forward.

Spirit Airlines is a growth company that has been generating high returns on capital for its shareholders; during the past five years, the company generated a double-digit return on invested capital while also growing revenues at a double-digit organic growth rate.  As the lowest cost U.S. airline, Spirit has been taking market share from large legacy airlines and ground transport by keeping its operating costs low and offering discounted prices to low-budget flyers.

Remarkably, its cost advantage is so large that most competitors’ unit costs are higher than Spirit’s unit revenues. Moreover, even after doubling sales over the past five years, I believe Spirit still has ample runway for further growth. Compared to the market penetration of ultra low-cost airlines like Ryanair in Europe, Spirit’s penetration in the United States remains very low, with roughly 2.5% market share.

Spirit appears to have a very unique competitive position within the airline industry that makes its economics somewhat different from those of its much larger competitors. The company caters to a specific niche of the market (cost-conscious leisure travelers) that the legacy carriers have a difficult time serving profitably.

Spirit’s cost structure and fee-based revenue model give it the ability to generate significant profits while still providing the lowest fares in the industry on many of the routes that it serves. It also boasts the youngest and most fuel-efficient aircraft fleet in the industry, which should help keep costs under control if fuel prices continue to rise.

Attempts by the large legacy carriers to compete directly with Spirit on price have put pressure on Spirit’s stock price, but they have been largely unsuccessful in slowing Spirit’s growth. As an example, United Continental rolled out its Basic Economy fare in 2017 in order to compete head-on with Spirit’s standard offering.

However, the low-cost, reduced service fare has not been warmly welcomed by consumers. United Continental has historically positioned itself as a full-service airline catering largely to less price-sensitive business travelers who desire a full-service airline experience. The Basic Economy fare flies in the face of United’s historical market positioning and has irked many of its traditional business consumers.

I expect that we will see similar attempts by the legacy carriers to compete with Spirit in the future, but I believe that Spirit’s cost structure, business model, and market position will allow it to withstand these competitive pressures and continue to generate attractive returns for shareholders.

As a result of several one-off events in 2017 (a now-resolved pilot strike, as well as a localized price war in the Chicago market with United Continental), Spirit’s share price is inexpensive in both absolute and relative terms.  As a multiple of revenue, Spirit shares are trading as if its growth-margin profile was similar to those of American and Delta; in my view, such a low valuation is unwarranted.

I believe that Spirit’s growth-margin profile is equal to or better than that of Southwest and Allegiant, whose shares trade at a sizeable premium to legacy carriers like American and Delta. In my opinion, this valuation gap will close once investors realize that United Continental cannot cause permanent damage to Spirit’s business model by temporarily reducing prices on a few limited routes. I also believe that Spirit’s growth runway should provide ample upside for long-term investors.

A lot of smart people have unfortunately lost a lot of money by investing in airlines over the years. The basic economics of providing air service have resulted in a history of poor profitability for U.S. air carriers. However, the significant consolidation that has occurred in the airline industry in recent years has led to better efficiency and improved profitability among industry participants, and I believe that Spirit Airlines is uniquely positioned within the industry to enjoy profitable growth over the coming years, to the benefit of patient, long-term investors.

This information is prepared for informational purposes only and should not be considered investment advice.  The comments should not be construed as a recommendation of individual holdings or market sectors. There is no guarantee that the type of investments discussed herein will outperform any other investment strategy in the future. The views expressed are those of the authors as of the date of publication of this report, and are subject to change at any time due to changes in market or economic conditions.
Sign Up For Our Newsletter