How To Invest In An Era Of $100 Trillion Financial Obligations

The four most expensive words in the English language are ‘this time it’s different.’

It’s different this time because the credit-driven U.S. economy is burdened with a monumental level of financial obligations relative to GDP.  According to the Bank of International Settlements (BIS), outstanding loans and debts that burden U.S. corporations, households, and government entities have reached $48.3 trillion or 250% of U.S. GDP.  Including off-balance sheet items, the effective level of debt outstanding is almost $100 trillion or more than 500% of GDP.  It’s different this time because the U.S. economy has never in its history piled on so many financial obligations.

With that said, it’s also not at all different this time, because this is not the first time that a society’s financial obligations have grown to unsustainable levels.  This story has been repeated often through history, and it usually ends poorly.  The downside risk today for investors is captured in Charles Bullock’s account of Dionysus of Syracuse, from more than 2000 years ago.

Having borrowed money from citizens of Syracuse and being pressed for repayment, he [Dionysus] ordered all the coin in the city to be brought to him, under penalty of death.  After taking up the collection, he re-stamped the coins, giving to each drachma the value of two drachmae, so that he was enabled to pay back both the original loan and the money he had ordered brought to the mint.

Displaying a level of creativity that could compete with today’s central bankers, Dionysus defaulted on his debts by debasing the currency, to the detriment of Syracusans who held their savings in drachmae.  When a debt obligation becomes too big to repay, it is no longer a problem for the debtor; it becomes a problem for the creditor.  The warning caveat emptor, which translates to “buyer beware,” remains timeless because “this time” is hardly ever different. 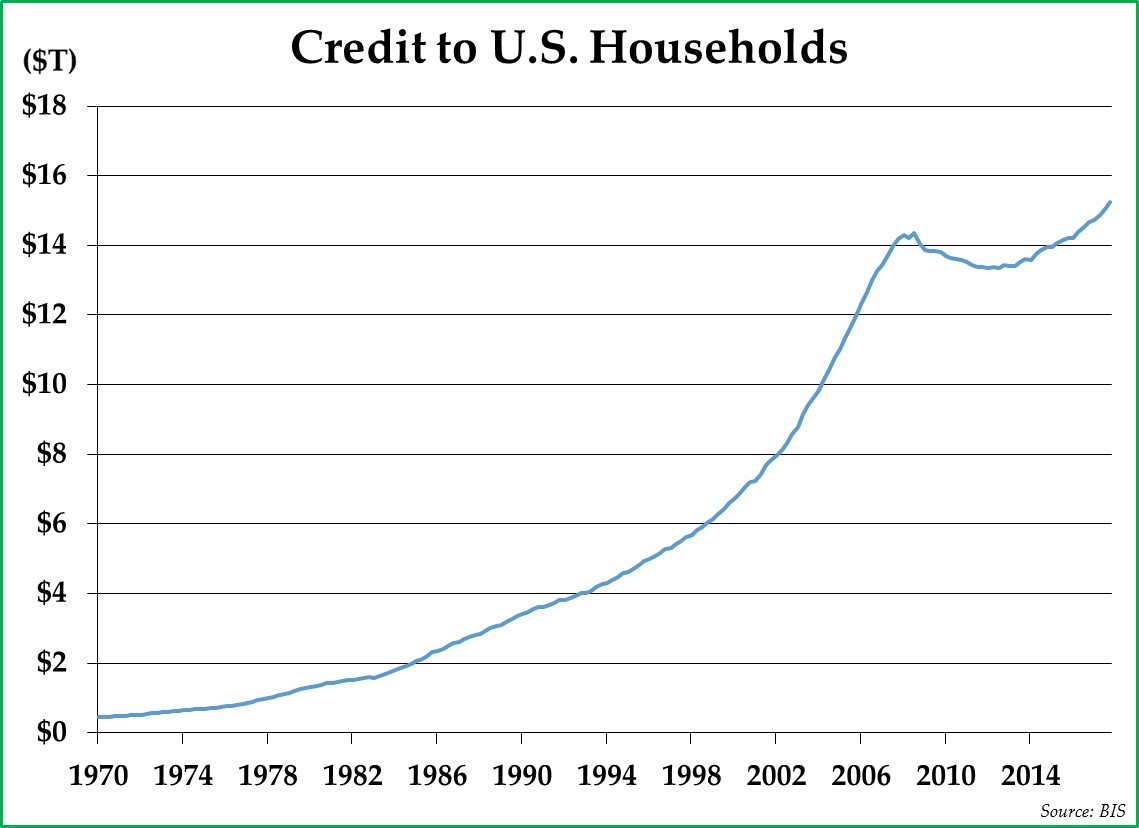 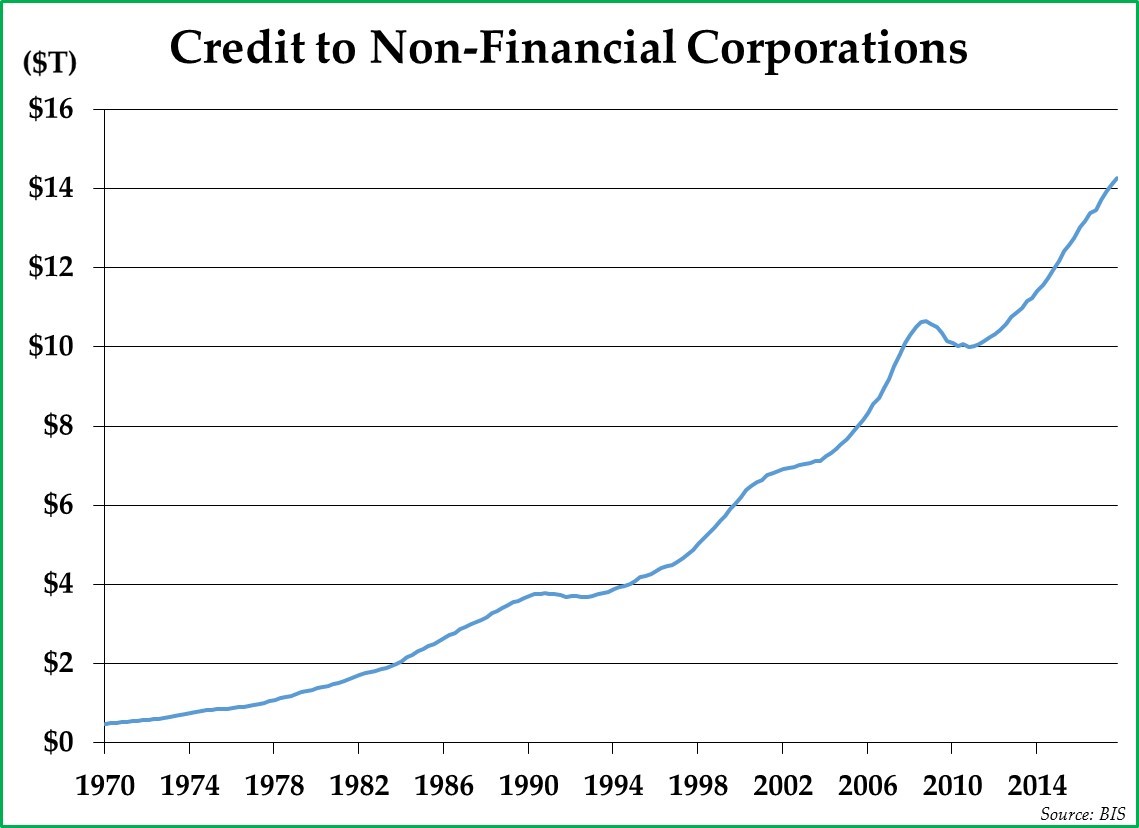 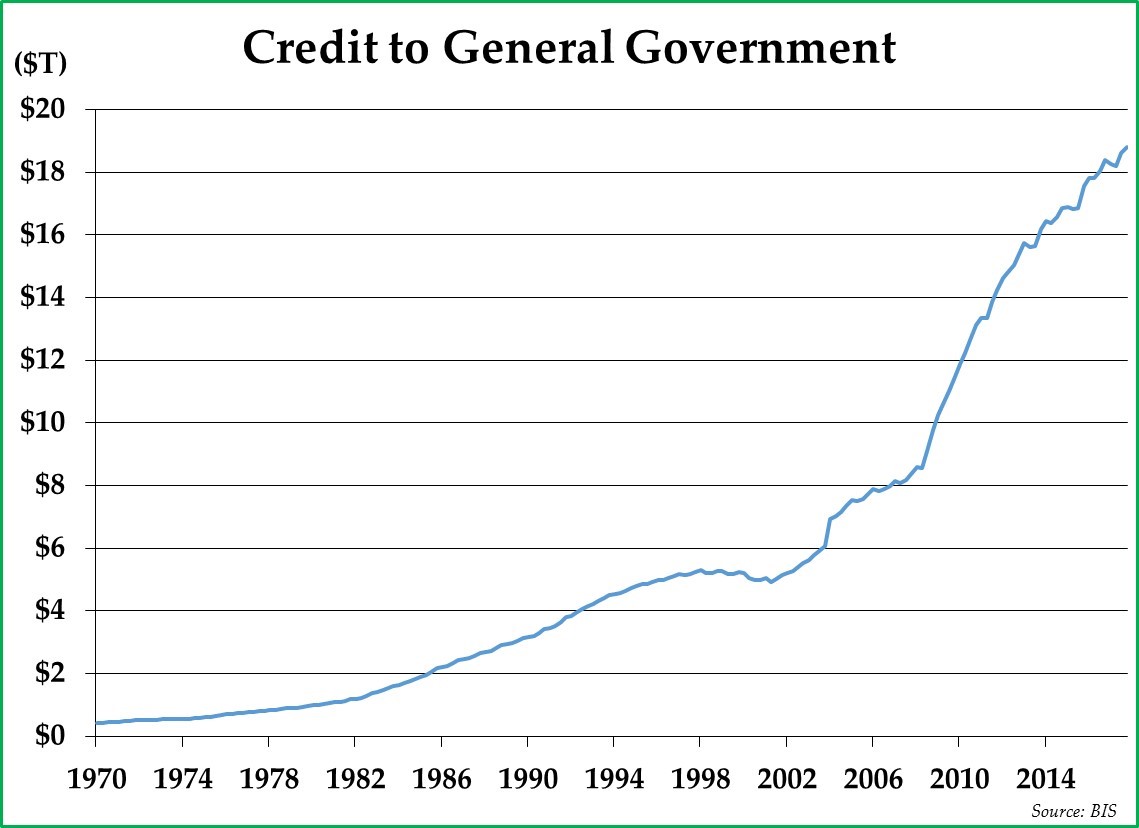 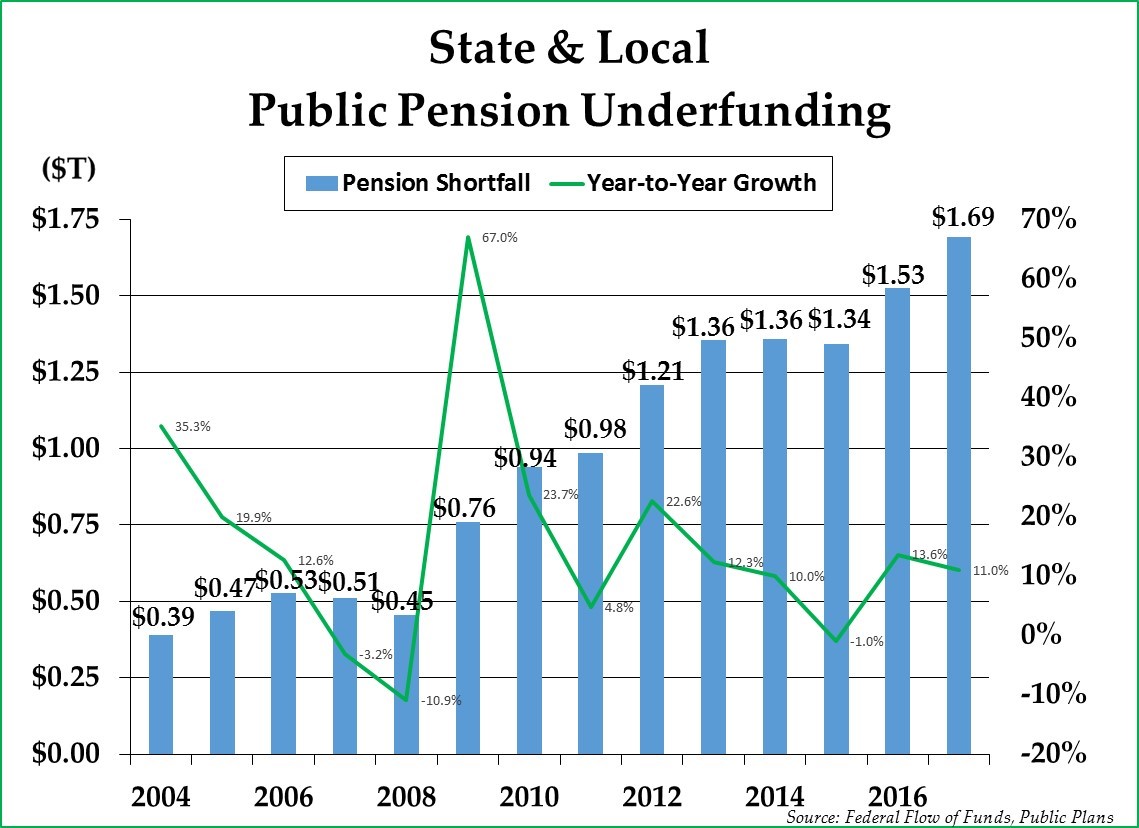 Why These Obligations Are Problematic
As debts have increased and as interest rates have begun increasing, interest payments for U.S. corporations, households, and government entities are now almost $2 trillion annually.  Even without the Federal Reserve raising interest rates further from current levels, interest payments should exceed 10% of GDP in 2018.  If interest rates were to rise to levels close to the historical average, interest rate payments would devastate the U.S. economy and likely result in another debt crisis. 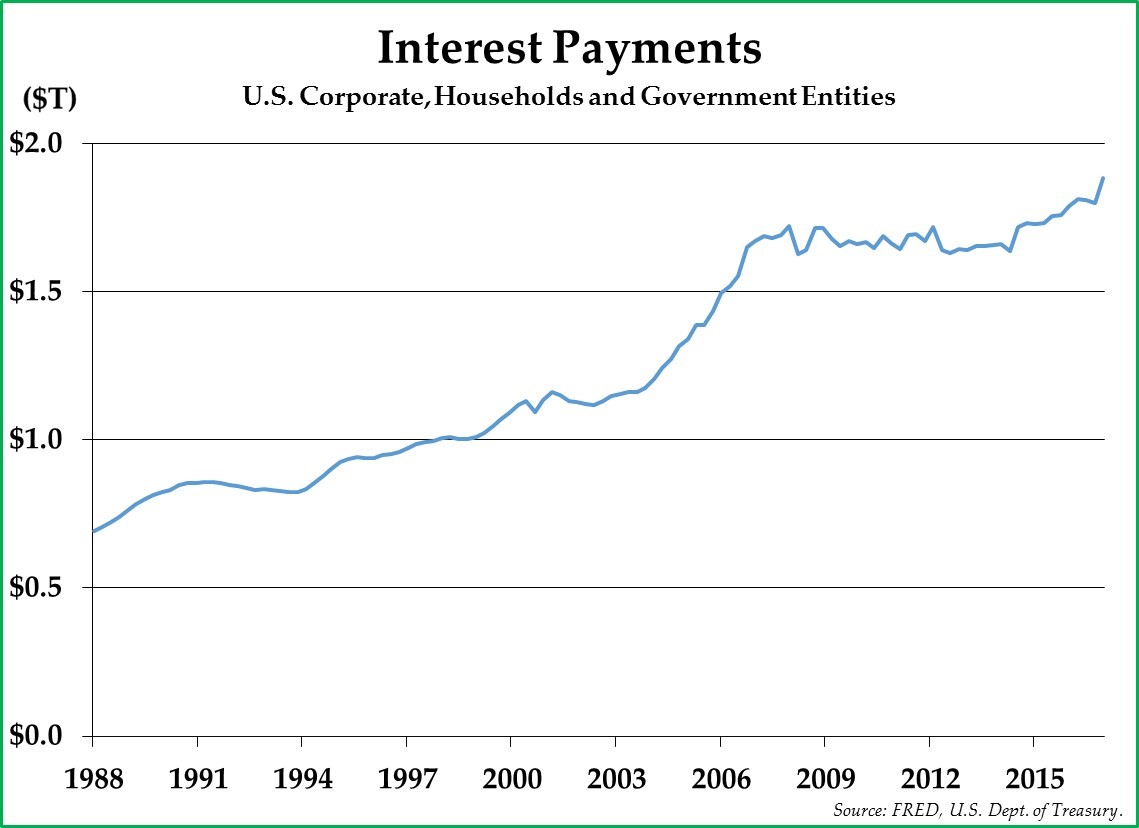 Policy Implications
Thus far our discussion has centered on the U.S. economy, but the excessive financial obligations are widespread across the world.  The Financial Crisis was, after all, a global crisis, affecting large multi-national banks across the world, and other countries’ challenges are similar to or even worse than that of the United States.  For example, while the combined private and public debt/GDP ratio is 252% in the United States, countries like the United Kingdom, China, Japan, and Canada have debt/GDP ratios of 283%, 256%, 373%, and 289%, respectively.[1]  Put simply, many of the largest economies across the world are seemingly drowning in excessive financial obligations.

These financial obligations are deflationary and make the global financial system more fragile.  If the world were to enter a deep recession and global GDP were to decline by 5%, the debt ratios listed above would materially increase.  As corporations, consumers, and perhaps even some governments defaulted on their debts, global GDP would likely decline further, creating a vicious cycle which economist John Maynard Keynes famously described as a liquidity trap, whereby everyone just wants to own cash.  During the Great Depression, many banks failed because cash was no longer available for depositors to withdraw.

So far, these policies have not worked as successfully as they did after World War II; the debt/GDP ratio has only continued to increase since the Financial Crisis. Also, more recently, Congress and the Trump administration have enacted revenue cuts along with budget increases which should further increase the budget deficit and government debt. For those reasons, we believe the likelihood of a surprise burst of elevated inflation seems to be increasing.

Investment Implications
At the present moment, interest rates and inflation are rising, U.S. stocks are generally expensive, geopolitical risks are increasing and the economy, while seemingly firing on all cylinders, has been expanding for nearly a decade. Given this backdrop, we are investing carefully and probably erring on the side of prudence and defensiveness.

Set forth below are our thoughts on the relative attractiveness of various asset classes:

In summary, we are wary of rising interest rates and compressing P/E ratios which often accompany inflation.  We believe we are positioned for an environment where inflation accelerates, but we are also trying to hold enough capital in the form of cash and short-term bonds so that we can take advantage of investment opportunities as they arise.

Appleseed Capital is the impact investing arm of Pekin Singer Strauss Asset Management. The views and opinions expressed in this material are those of the authors. While we believe we have a reasonable basis for our appraisals and we have confidence in our opinions, actual results may differ materially from those we anticipate. These opinions are current as of the date of this letter but are subject to change. There is no guarantee that any forecasts or opinions in this material will be realized. Information should not be construed as investment advice nor be considered a recommendation to buy, sell or hold any particular security. This is not an offer to buy or sell, nor a solicitation of an offer to buy or sell an interest in any fund, security, or other financial instrument. Any investment in the strategy is speculative and involves a high degree of risk. Investors could lose their entire investment. An investor must be able to bear the risks involved and must meet suitability requirements relating to such investment.